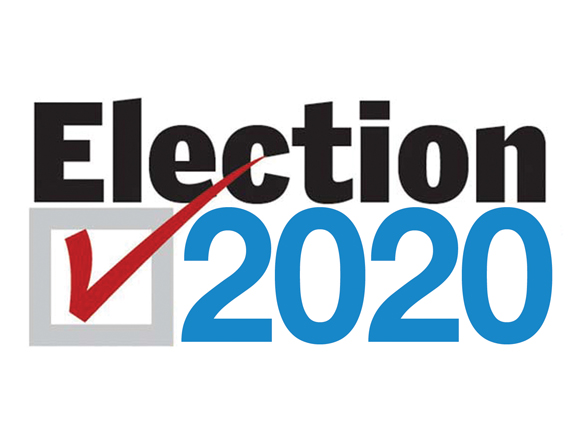 Answer
Paramount has been proactive dealing with the pension debt; paying lump sums whenever possible towards the debt & not increase the pension debt employees hired before 2013 pay a percentage of their pension. Employees hired after 2013, per the state pay their full contribution.
With no new streams of revenue coming it will be difficult to make anymore lump sum payments. One of the reasons passing of Measure Y is important. This will allow the city to continue making these payments. No one likes an increase in taxes but this potential increase in sales tax will help with the pension debt & allow us to continue with many great services provided to the residents. Things like our beloved Santa Express Train! If Paramount residents don’t support this measure there are other agencies that will pretty much have an open door to gain this money because they have the opportunity to place measure on future elections that will be voted on county wide. If this happens the money will go out of Paramount. Supporting & enticing new retail developments will help with this as well. New retail & sales tax go hand in hand but we need to be sure this money stays in Paramount.

Answer
Soaring public pension costs are driving a wave of tax hikes across California, including Paramount, but many elected officials and city administrators are reluctant to admit it. Instead, voters are being told that higher taxes are needed to fund services like parks and public safety or other items that enjoy similarly positive poll-tested support.
Now the latest example is Paramount, where voters are being asked to approve a sales tax hike with the ostensible goal of raising several extra million annually for the city’s public safety, seniors, public parks and other services.  We must take a closer look at the Paramount city budget. Let’s make it clear that exploding pension costs are the real reason the city needs more money. Measure Y on the March 3rd ballot is the true reason that we are being asked to approve a sales tax increase.
Many of Paramount’s city departments are bloated with employees making close to or over $100,000. Let’s take a look at our own house before we burden the voters with more taxes.

Answer
Too often in California and now in Paramount, voters are being told that higher taxes are needed to fund services like public safety, parks and recreation and other programs that are considered vital in a community. We, the voters and taxpayers are being asked to approve a sales tax hike to be used for in truth to cover exploding pension costs of Paramount public employees that have retired or are near retirement.
The California Public Records Act declares that all citizens have “a fundamental and necessary right” to know what the government is doing with their money. Nowhere is that right more important than in cases like this, where what the Paramount city government says it is doing differs significantly, to put it mildly, from what it is actually doing.
Rising pension costs are behind Paramount’s ballot measure Y on the March 3rd election ballot. Paramount voters deserve complete and accurate information about those costs, including how much it costs to fund disability pensions for retired employees.
Most of this cost provides no benefit to taxpayers or current city workers. It is spent instead on the benefits of those already retired.
Let’s make necessary budget cuts before raising our taxes.

Answer
Paramount voters deserve the truth on pension-driven tax hikes. When your city asks for a sales tax increase, as the case with Measure Y on the March ballot, it is NOT to add to the Sheriff’s department, prevent cuts from after-school and address homelessness; the money will be used to pay off the dept to CalPERS. This is the pension fund for Paramount, retired state public employees. It is clear that exploding pension costs are the primary reason that the city of Paramount needs more money. We, the voters can say NO.
We need to take a deeper look at our city budget. Yes, employees deserve their pension but a deep dive into top heavy departments, an overpaid City Administration with an additional city funded 401k, and no term limits for Councilmembers must be addressed. Long term Councilmembers currently earn a pension for the rest of their lives! The propaganda you’ve received in the mail for Measure Y has been paid by city employees who want to preserve their salaries and benefits. It is for this reason I believe in term limits. My experience in Corporate Pricing will ensure our money will be better managed from the top down.

Answer
This is an issue facing most municipalities and states. We, as a city, have already outsourced services to third parties and have reduced the number of permanent employees working for the city. Yet, no one thinks that drastic cuts are the end-all answers.
There are those that call for reduced wages. This may be a piece of a short-term solution, but we need a proactive, twenty to fifty-year plan that is sustainable and comprehensive. We must always be working toward the most efficient solution. This work begins with bringing all parties together. There may be no other reasonable option but for the city to lead renegotiation efforts.
I believe that we need to be creative. We have to be willing to have uncomfortable conversations and face uncomfortable numbers. If we raise the years of service requirement, set a fixed pensions cap and institute a temporary wage freeze, we can assess the results after an agreed upon number of years.
This issue is already on the forefront of the minds of city officials, and I have no doubt that if we face the crisis head on, we can meet at a point that must work for everyone.

Answer
To address the City’s pension debt it’s important to understand what led to the deficit. Current PER’s liability is $21.36 million. The debt was created by underperforming investments during the recession and the increased life expectancy of retirees. The City of Paramount is actively making large lump sum payments when funds are available. However, no new revenue sources currently exist to help pay down the debt.
Unfortunately, the financial challenges facing Paramount are not unique to our community. In Los Angeles County, 25 cities have sales tax measures on the March ballot. Measure Y, which I fully support, is a proposed 3/4 of a penny increase in Paramount’s sales tax that will generate more than $4 million dollars annually for our City. This increase will help address the pension debt while also ensuring the City can continue its current level of deputies on patrol and recreation programs for residents.
As a councilmember, l support and encourage business development. The new Metro station will provide an opportunity to grow our retail base and boost the City’s economy.
When elected I will work with the residents and Paramount businesses to build an economic plan that will ensure a prosperous future for all.

How would you address the Pension Debt?
At the present time, there is a Measure Yon the Marth Ballot. If passed by the Paramount residents it would generate 4.5 million per year. This would increase revenue to help pay lump payments to the city’s pension debt and maintain current services levels in the city.
All funds from the measure would be used locally for city services and subject to Independent financial audits. Presently, I am out in the community educating our residents on this measure.
In addition to the sales tax measure, I would work for and support new retail development to grow the City’s tax base and increasing employee contributions towards their pension plan is something I would look into as well.

o Answers recieved
The Paramount Journal had not received an answer from the following candidates by editorial deadline: