A Paramount resident and a Downey resident last week entered no contest pleas to attempting to defraud multiple insurers of approximately $120,000 by having students sign over their Supplement Job Displacement  vouchers and collecting the money without providing required vocational training, according to the Orange County District Attorney’s Office.

Mirella Flores, 45, of Paramount, and Salvador Franco Jr., 42, of Downey, were each charged with one felony count of conspiring to commit a crime, 18 felony counts of making a fraudulent statement to obtain or deny compensation, and 18 felony counts of fraudulent claims. On May 24, 2019, both defendants accepted a court offer and pled no contest to all counts.

Franco and Flores were immediately sentenced to three years of formal probation and ordered to pay $88,000  in restitution to insurers and $62,000  in investigative costs  to the  California  Department  of Insurance. The defendants were also sentenced to 90 days in  Orange County Jail, however this was stayed pending the completion of 275 hours of community service by Franco and 250 hours by Flores.

According to prosecutors, Between 2015 and 2017, Franco and Flores participated in  an alleged Supplemental Job Displacement Voucher  Fraud scheme involving the Technical  School, Inc.,  doing business as Technical  College,  Inc.,  and Graduates Do  Succeed Institute,  doing business  as GDS Institute.  Franco was a 20 percent owner and a Director of Technical College as well as its chief financial officer. He was also the Chief Financial Officer of GDS Institute. Flores was an employee for both schools.

The defendants conspired and offered to provide workers’ compensation claimants with either at-home or off-site training for a few hours a week along with work related materials such as a computer. In exchange, claimants were expected  to sign over their Supplement Job Displacement  Vouchers  that were valued between $4,000 and $10,000.  Other students were offered a monetary payment in exchange for signing over their vouchers and not attending any training.

Prosecutors say that the enrollment materials allegedly sent to insurers for payment on the vouchers vastly misrepresented the training that the claimants were going to receive.  Instead of listing the at-home training, the provision of supplies, or the kickbacks to the students, defendants described the training as being several hundred hours in length, requiring full-time (40 hours per week) attendance at one of the schools’ campuses.

Compwest Insurance Company was alerted to the alleged fraudulent scheme by a claimant living in Orange County who did not receive the promised in-home training from Technical College.  Compwest then notified both OCDA and the California  Department  of Insurance,  who agreed to jointly investigate  the complaint. Shortly thereafter, the Los Angeles District Attorney’s Office joined the investigation. 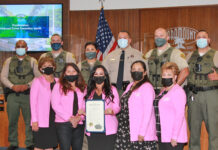 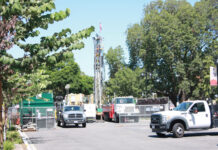