Paramount Unified’s Keppel Elementary students rallied behind three classmates who are battling cancer by raising $3,062 for the Leuke\mia and Lymphoma Society’s Pennies for Patients research program.

“Through the fundraiser, we wanted students to see that they can make a difference right now where they are, and that they do not have to wait until they are older to make a positive impact on people,” Keppel Principal Darrenn Platt said. “It is rewarding for the students to know that the money raised is going to help kids like them, and it teaches our students to be leaders and to use their voices.”

During the month of March, a challenge was held with classrooms competing to see who could raise the most money. Water bottles were placed outside of each classroom, with classes gaining points for pennies added and losing points for silver change and dollars.

“Paramount Unified is committed to instilling positive values in our students with charitable opportunities that will resonate with them,” Paramount Unified Superintendent Dr. Ruth Pérez said. “We want to guide our students as they become citizens who focus on the wellbeing of others, and through Pennies for Patients they are able to give back and make a huge difference.”

Kindergartener Emelyne Ramirez, one of the Keppel students who is a cancer survivor and in her second year of remission, made her national debut as a princess in the Make-A-Wish Foundation’s promotional campaign video. The commercial, which aired in March, shows Ramirez in a pink dress and tiara as she stars alongside WWE wrestler and actor John Cena.

“It was a really beautiful experience for Emelyne and her favorite part was being a princess,” her mother, Laura Ramirez, said.

“We went through a really rough time and when we finished with the treatments there was this fear that it would come back, but the Make-A-Wish Foundation made us feel happy and gave us hope to see all the children who made it past their illnesses.”

Emelyne’s kindergarten class was one of the top donators, and as a reward earned a classroom pizza party.

Pennies for Patients is part of the Leukemia and Lymphoma Society’s Student Series, a three-week fundraiser designed to introduce students to service learning with proceeds going to the research and treatment of blood cancers.

“To support their classmates and raise money for a commendable cause demonstrates the thoughtfulness and empathy that we nurture in our students and future leaders,” Board of Education President Vivian Hansen said. “I am so proud of the Keppel Elementary students for taking the time to participate in a wonderful community service opportunity.” 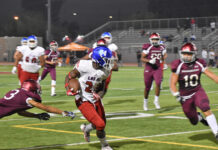 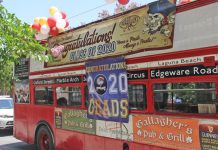 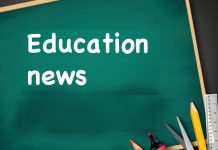