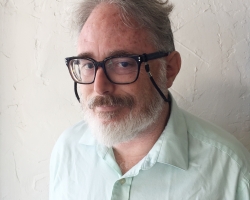 If no one challenges incumbents, election could be canceled

I’m urging any Journal reader who lives in Paramount to pull nomination papers for the March 2017 City Council election. The deadline to file is Friday, Dec. 9.

I’m not criticizing the current council members when I make that request. Yes, I’ve criticized city officials about transparency and open government—it’s my job to do so and it’s their call to consider and reject or ignore my criticisms. But I can count on one hand the number of times I’ve found fault with the City Council’s decisions.  That said, I urge everyone who reads this publication to pull papers and run for City Council in 2017.

The reason I’m urging challengers to get into the race is that voter participation in Paramount politics has declined to an alarming degree.

In 2009, just 11.4 percent of eligible Paramount voters bothered to cast ballots in the city election. The 2011 and 2013 elections were both cancelled because no one pulled nomination papers to challenge the incumbents.

The council’s decision to cancel those elections was perfectly legal, by the way. The decision saved the city money, so it was a perfectly reasonable decision to make.

But what Paramount saved in money it lost in political capital and credibility in 2015.

And the 2015 election happened only because of a legal technicality.

You see, in addition to the City Council elections, there was a utility user tax increase on the ballot. State law required the city to put that issue before the voters. Incumbents ran unopposed for re-election and a smattering of voters decided to increase the tax.

There’s an old saying from my childhood that’s worth repeating: “If you’re not part of the solution, you’re part of the problem.”

Not participating in our government is a big problem. It’s killing our political process from City Hall to Washington, D.C. By not voting and by not running, your voting to let fate make  your decisions for you.

If you love Paramount, please pull papers and run in 2017. It’s time to render unto Caesar. 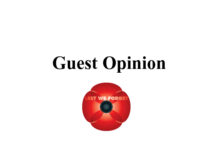