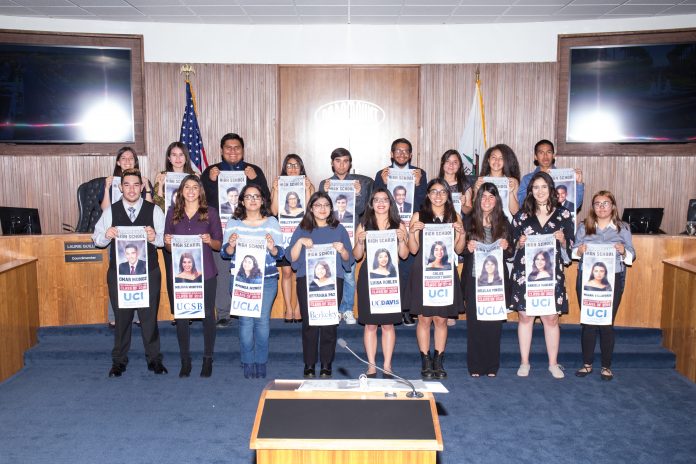 Boulevard of Scholars to Be Unveiled on Alondra Blvd.

In the spirit of the City’s Boulevard of Heroes that honors residents who are serving in the military, Paramount has now created a Boulevard of Scholars to recognize another group of the City’s finest. Banners featuring each year’s top 25 college-bound seniors from Paramount High School, based on their GPAs, will be featured on Alondra between Lakewood Blvd. and Paramount Blvd. The students in the inaugural group were recognized at the May 15 City Council meeting by the Council and representatives of the Paramount Unified School District, and were presented with a miniature version of their banner as a memento. Courtesy photo