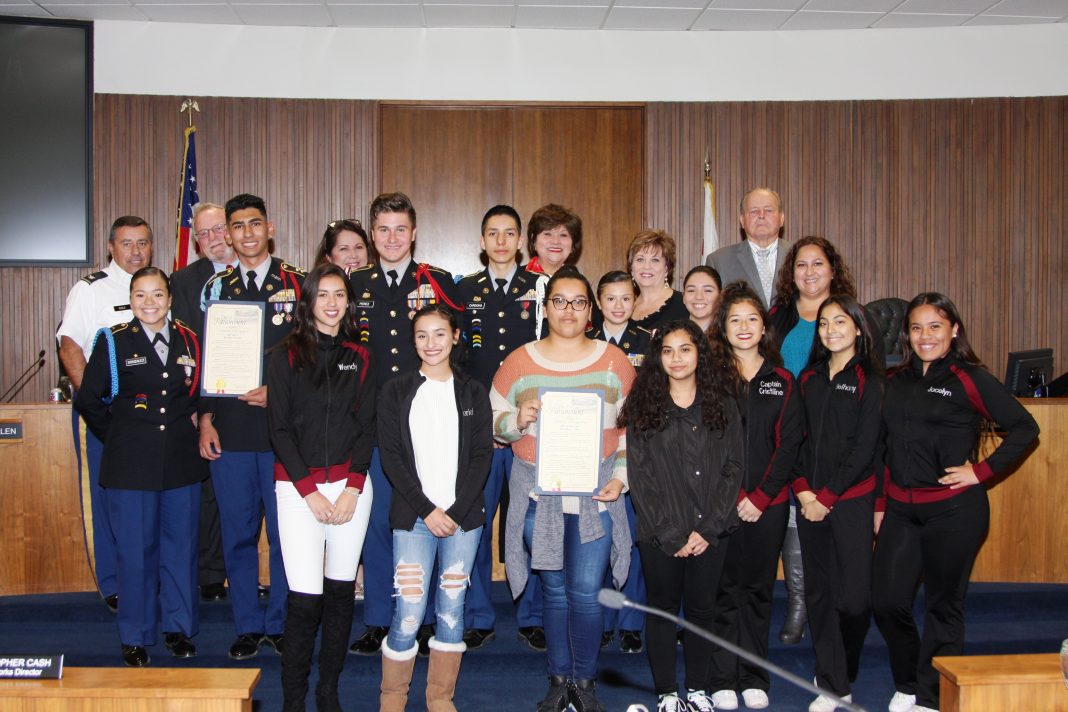 At its Dec. 12, 2017 meeting, the Paramount City Council recognized some of the volunteers who helped make the annual Halloween Carnival another big success. They included Paramount High School JROTC (who set up game booths and operated some of them), Paramount High Cheer Club (who performed in the Haunted House and gave out candy to youngsters at the Carnival’s candy maze), and Paramount High Drama Club (who also performed at the Haunted House). The Council expressed its appreciation for the community spirit of these great young residents of Paramount. Speaking of the JROTC Pirate Battalion, they also represent Paramount at functions and competitions across the state and country. Sometimes this takes a bit of cash to get where they’re going. They have a GoFundMe campaign for folks to contribute to the cause.

Check out www.gofundme.com/ParamountJROTC and see if you can have a positive impact on some positive students.